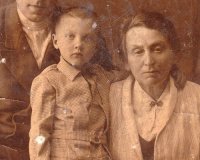 Vasily Grossman’s “Life and Fate” has been hailed as a C20 “War and Peace”. In reality, however, “Life and Fate” is only the second half of a dilogy. The first half of this dilogy was published in 1952; Grossman wanted to call it “Stalingrad”, though it was published under the title "For a Just Cause." Translator of the work Robert Chandler will speak about this important book and the several forms in which it has been published.