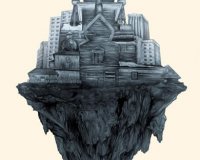 Organised by: Natalia Murray (The Courtauld Institute of Art) and Maria Kokkori (The Art Institute of Chicago).

Intended as a broad interdisciplinary project, this conference will be dedicated to the Russians who left after 1921, and who used to say: «We are not in exile, we are on a mission»; and those who stayed behind and, like Nikolay Punin, were condemned to internal exile and persecution.

In the context of this conference the following themes will be examined: the struggle of the Russian composers, historians, politicians, artists, art-critics, philosophers, scientists and writers to adapt to the new life in emigration, or under the new regime in the Soviet Union. How did those who left and those who stayed behind adapt? Did they adapt? What compromises did they have to make, and what effect did this have on their work?

This conference is also planned to coincide with the launch of Natalia Murray's book The Unsung Hero of the Russian Avant-Garde. The Life and Times of Nikolay Punin, which was published by Brill Academic Publishers in June 2012.

This international event is organised by Dr. Maria Kokkori (Art Institute of Chicago) and Dr. Natalia Murray (The Courtauld Institute of Art) on behalf of the Cambridge Courtauld Russian Art Centre.